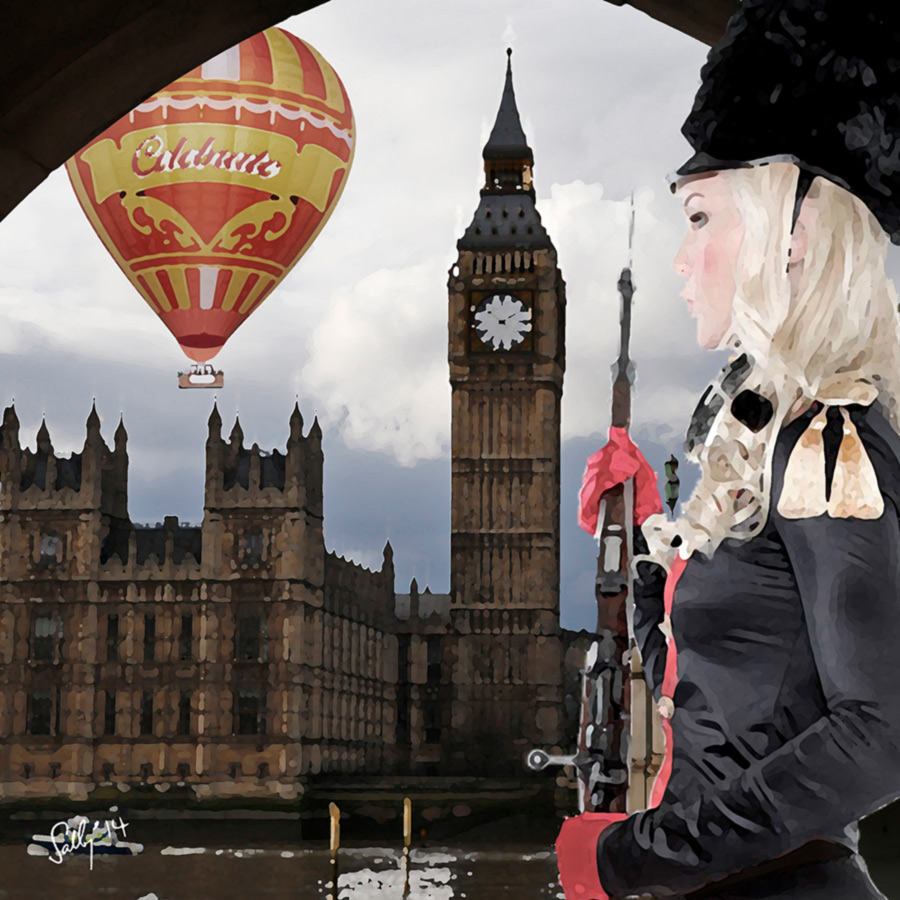 Sitting on a park bench
outside the Royal Festival Hall
on Southbank
being lulled by the Thames easy motion
I’m watching humanity pass by.
In twos and threes they stroll along
chatting, pointing
or quietly enjoying the London dusk
occasionally disturbed by a Charring Cross train
as it thunders over the bridge.

Gradually, as I look across the river
over the tourist ferries
past the rows of red double-deckers
to the city lights illuminating the sky –
the city noises diminish
one by one
until
trapped between the roar of British Rail
and the monotonous drone of the ferryboat guides
floats a sound sweet enough to break a heart –
the wail and cry of a busker’s saxophone
singing to the soul
at the close of another Sunday.

Get the illustration that goes with this poem on your choice of cushions, throw rugs, tote bags, posters, prints, t-shirts and more at Sally’s Redbubble Store.